Herman Upmann was a banker from Germany who so loved Cuban cigars that he moved to Havana in 1844 and set up as both banker and cigar maker. His bank closed in the early 1920's but his cigars live on as a fine example of an elegant,light to medium flavoured Habano.

Gold medals in no less than eleven international exhibitions during the 19th Century can be found on the brand's labelled boxes.

Measuring 4¾” (120mm) in length and boasting an impressive 54 ring gauge, the Magnum 54is the latest introduction to the H.Upmann range. The cigar immediately claims the crown of the widest girth to be found within the brand’s standard portfolio and is presented in SLB boxes of 25 and 10.

The 54 joins the H.Upmann Magnum family alongside the current Magnum 46 and Magnum 50 and like them, proudly displays its name on a second band.

H.Upmann cigars are light to medium in flavour, totally handmade using long filler with all leaves sourced from the Vuelta Abajo region of Cuba, widely regarded as the best tobacco growing land in the world. 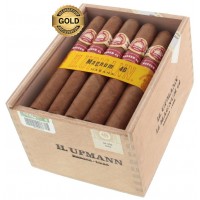 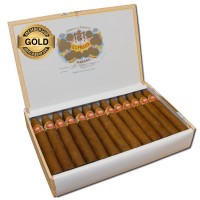 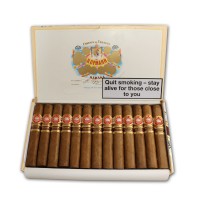 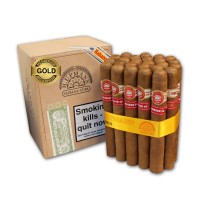